The event was sponsored by silver partner, Cal Maritime Golden Bear Research Centre, and also sponsored by SGS, and Filtersafe.

Golden Bear Research Center is located at the California State University Maritime Academy (Cal Maritime) and has testing facilities in the tidal waters around Vallejo and on board the training ship Golden Bear. This means, said Mr Loiacono, that the facility has access to saltwater, brackish water and a nearby source of fresh water. In addition to shoreside labs, there is the facility to conduct tests on the 152-m long ship, Golden Bear.

Golden Bear has travelled the world in the capacity of a training ship and Golden Bear Research Center has been able to test in real-life conditions. In 2020, testing has been limited to US waters using a mobile lab, but it is highly flexible. “I have even analysed samples back in my hotel room,” said Mr Loiacono.

Golden Bear is part of Global TestNet, an organisation comprising nearly all the labs and facilities that undertake the testing of ballast water.

Picking up on the confusion of why testing is required of ballast water treatment systems that have already been type-approved, Mr Haraldsson pointed out that a newly installed retrofit needs to be tested to eliminate the possibility of failure from other elements.

“There may be dirty ballast water tanks or leaky valves,” he said. “Also operators do not understand how strict the regulations are.” One advantage that CTI-Maritec has is that although it does not have a global network, it is based in China, where many vessels are built and retrofit installations are popular. This has been especially useful during the pandemic – its technicians are already in place in China and do not face the same travel restrictions.

Mr Haraldsson concluded that owners and operators “Don’t see compliance testing as a punishment, see it as an insurance policy,” he said. “Testing: no worries”.

Mr Riggio remarked that as an equipment provider, Filtersafe has a different view on ballast water compliance. “As systems are installed in ships, we are meeting new and unique challenges,” said Mr Riggio, “and these challenges are stressing systems in different ways.”

The filter has a huge impact on the functionality of the ballast water treatment system. It is in the real world that problems occur and Mr Riggio noted that these fall into specific areas: clogging, poor back pressure; water hammer during filling; and dirty ballast lines.

A big issue that can result in one or more of the above negative aspects is the quality of the water in the shipyard where the retrofit installation is taking place. “Often, these are sheltered harbours with a lot of silt and heavy sediments,” he said. “Ships will often be closer to the bottom (of the harbour) than they would be in operation.”

He noted that a vessel leaving drydock is in a rare state – there is a very small amount of ballast on board and the vessel is floating higher than in normal conditions. “This can cause significant hydrodynamic affects. Both in taking in the water and being able to overcome any head loss,” he said. “It is important to have your vessel in the condition to be able to pass the test.”

It is these factors, outside the designers control, that contribute to the failure of commissioning testing. 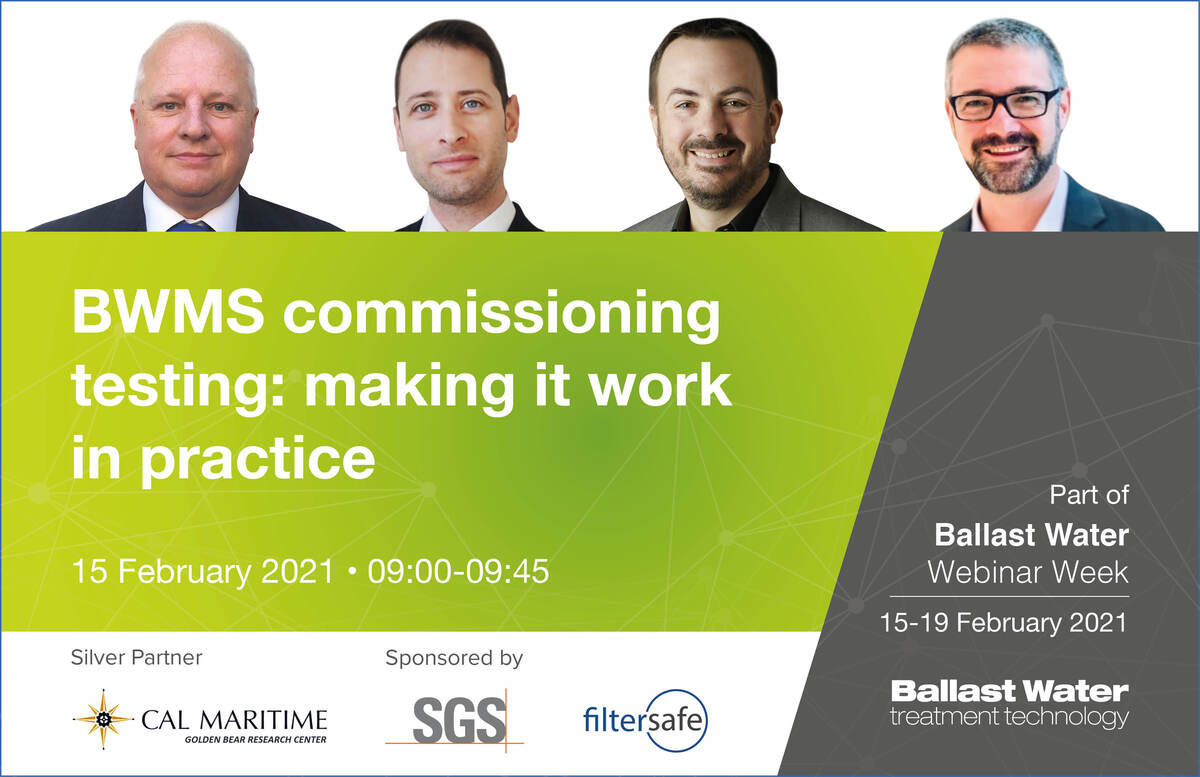