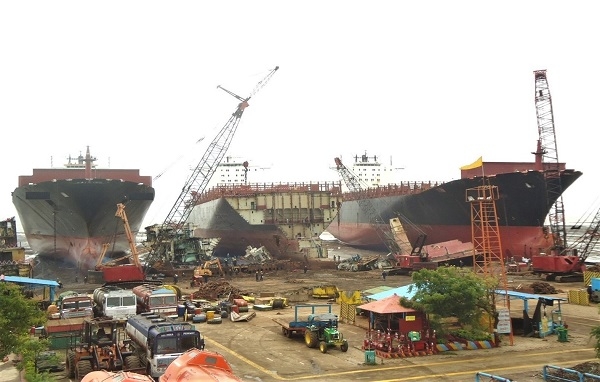 The latest maritime news that has surfaced from India earlier this week, as reported by the Press Information Bureau (Government of India), the Union Cabinet, chaired by Prime Minister Narendra Modi, has approved the proposal for enactment of the “Recycling of Ships Bill, 2019” and accession to the Hong Kong International Convention for Safe and Environmentally Sound Recycling of Ships, 2009.

India is the leader in the global ship recycling industry, with a share of over 30% of the market. As per UNCTAD report on Review of Maritime Transport, 2018, India had demolished 6323 tonnes in 2017, of known ship scrapping across the world.

Under this new legislation, benefits include:

When India accedes to the IMO’s treaty, after the approval by the Parliament, it will become the 14th contracting state to ratify the Convention out of the 15 required as per the first of the three conditions for it to take effect.

India’s accession will help meet the third condition of the convention. If China or Bangladesh now accede to the treaty, it will come into force globally.

CTI group is world top 20 Testing, Inspection and Certification Company employing over 10,000 people with over half billion USD annual revenue.

Approved by Class for IHM and essential for Green Ship Recycling